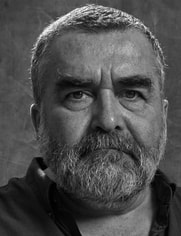 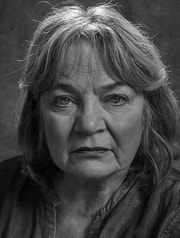 Maralyn Ryan (Diane) was born and raised in Chicago, Illinois and received her BA from the University of Dayton in Ohio, immigrating to Canada in 1979. A forty-year veteran of the Canadian stage, Ms. Ryan has appeared in theatres across the country from New Brunswick to Victoria. A recipient of three Sterling Awards for Acting (and nine nominations), she was recently awarded the Sterling Award for Outstanding Contribution to Theatre in Edmonton. Maralyn was the founder and director of The St. Albert Children’s Theatre for ten years for which she received the “National Arts Award for Innovation”. She is also an accomplished director, acting teacher and puppeteer. Maralyn is thrilled to be making her debut with Edmonton Actors Theatre in the debut of a new Collin Doyle play. Grateful. 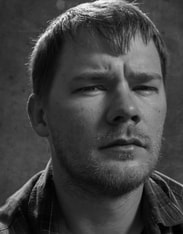 Cole Humeny (Ken) is an Edmonton-based artist and is very fortunate to work with Edmonton Actors Theatre on this beautiful play. Favourite theatre credits include Genius Code with Surreal Soreal Theatre, Murderers Confess at Christmastime with The Serial Collective, One with Ghost River Theatre, A Few Good Men and Clybourne Park with Citadel Theatre/RMTC, Shatter with The Maggie Tree, Ride and The Fourth Graders Present an Unnamed Love-Suicide with Northern Light Theatre. Cole is a graduate of the Theatre Arts Program from MacEwan University, the BFA Acting Program from the University of Alberta, and is a Red Seal endorsed Journeyman Landscape Horticulturist. Cole would like to thank his wife, Tessa Stamp, for being an unending source of inspiration and support.  Also, thank you, person reading this, for coming out and supporting theatre in Edmonton. 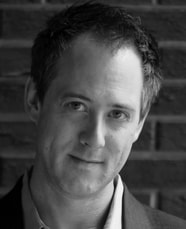 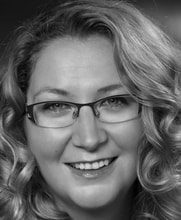 Rachel Rudd (Stage Manager) is thrilled to be back with Edmonton Actors Theatre after working on last season’s smash hit Stupid Fucking Bird. Rachel is an ensemble member of Teatro la Quindicina and has stage managed there for the past 14 seasons, including shows such as Going, Going, Gone, The Exquisite Hour, What Gives, and Search for Signs of Intelligent Life in the Universe. She will return to the new Varscona for Teatro’s first show of the 2018 season The Finest of Strangers. Most recently Rachel worked with Bright Young Things on Our Man in Havana, the inaugural production of The Varscona Theatre Ensemble.  She has also worked with The Plain Janes, Wild Side Productions, Workshop West, The Maggie Tree, Trunk Theatre, Citie Ballet and Concrete Theatre in recent seasons. 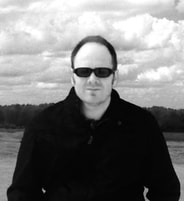 Collin Doyle (Playwright) is an Edmonton based writer. His play The Mighty Carlins premiered at Workshop West in January of 2008. His play for teens Routes premiered in the fall of 2009.  Concrete Theatre toured Routes to high school audiences in Alberta, Saskatchewan, and Ontario. His play Let the Light of Day Through premiered at Theatre Network in April of 2013.  Shadow Theatre produced his play Slumberland Motel this past winter. Collin’s plays have received Sterling Awards for Outstanding Production, Outstanding Production for Young Audiences, Outstanding Fringe Production, Outstanding Fringe New Work, and twice for Outstanding New Work. He is a three-time winner of the Alberta Playwriting Competition. A collection of his plays will be published by Newest Press in the fall of 2018. Collin is a graduate of the National Theatre School of Canada.